GASTONIA, North Carolina. The National Transportation Safety Board is currently reviewing the safety of automated features on some new cars that allow drivers to go hands free, even momentarily. According to Bloomberg, the new technology could lead to situations where drivers may become complacent or be confused about their role behind the wheel. The reality is that driverless vehicles are not currently legal, even as companies release cars with features that could correct for human error or even allow drivers to go hands free for short periods of time. In the wake of a recent car accident involving a Tesla vehicle with an autopilot feature, the government is looking into potential risks of these new technologies.

Recently, a Tesla vehicle with an autopilot feature crashed when the sensor failed to distinguish between a truck and the bright sky. The reality is that consumers may not always be aware of the limitations of driverless technology, even though this technology can be impressively accurate under ideal conditions. Tesla’s driverless technology may be good enough to make drivers complacent, but not good enough to prevent an accident in some situations.

According to the Los Angeles Times, there is evidence that drivers are abusing Tesla’s autopilot features. There are YouTube videos that show drivers ignoring the road while their cars drive themselves. The reality is that these drivers remain legally responsible for their actions behind the wheel and they could be liable for any injuries they cause while their autopilot features are enabled. This can lead to personal injury lawsuits. The law firm of J. Boyce Garland, Jr., Attorney at Law will monitor the possible legal implications of these uses in the days and weeks ahead. In fact, some are asking whether the car companies should be held responsible when drivers fail to understand their own car’s limitations.

As it stands, the federal government has no regulation or testing procedures in place to determine which driverless features are safe and which aren’t. Manufacturers are responsible for testing and face liability issues if their cars fail.

The New York Times also looked into another problem involving these vehicles. Because they are not fully autonomous, it isn’t always clear whether drivers know when they need to take back the controls. While many manufacturers design their cars so that the system only takes over for a few seconds at a time, Tesla’s system works differently, with the autopilot feature working for longer periods of time. Google believes that drivers cannot be trusted to take over. Instead, it is pushing to release fully-autonomous vehicles which would eliminate any possible confusion. In fact, studies have found that it could take drivers as long as 17 seconds to resume control of a car.

Many questions need to be answered in the days and weeks ahead regarding the safety of relatively autonomous vehicles. Until these questions are addressed, both car manufacturers and drivers have to be responsible for their actions. Drivers should never take their attention off the road, regardless of their car’s features, and manufacturers need to be clearer about the limitations of their cars. Finally, if you or a loved one has been hurt in a car crash in Gaston County, North Carolina, it is important to educate yourself by visiting https://jboyceattorney.com 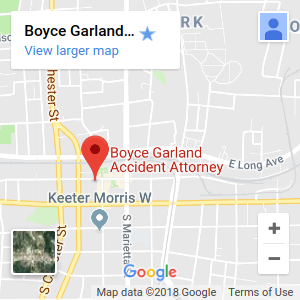 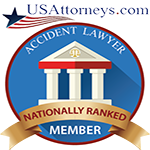